“Peering over the rim of the chasm, which had a vertical drop of seven hundred to nine hundred feet, Mackenzie and his men were overawed by what they beheld. Ninety million years of erosion had created in the depths below an ideal haven for the Indians.” – Ernest Wallace, Ranald S. Mackenzie on the Texas Frontier, 1964

I couldn’t afford to attend MilleniumCon this year, but I had already scheduled the time off. So, I planned a little overnight trip to visit old Fort Richardson in Jacksboro, Texas & then drive up to see Palo Duro Canyon in the Texas panhandle. A nice little 393 mile jaunt to the canyon through Jacksboro & then another 367 mile trip home. My daughter decided to accompany me on this trip (mainly because we were going to take a horseback tour of the canyon).

As with most of my vacations, disaster struck. Outside of Bridgeport, we blew a water hose on my car. We limped back into Bridgeport, found a good garage (J & A) & spent money I hadn’t counted on spending to repair the car. We lost nearly 4 hours due to car trouble. I was thinking that the trip was over, but the mechanic assured us that we could make the trip with no additional problems. So, I reluctantly cut Fort Richardson out of our plans & concentrated on just the canyon. We passed the entrance to Fort Richardson, we passed through the “Lost Valley”, passed the site of the Warren Wagontrain Massacre, passed the site of the original Loving ranch house, and sped onto the Great Plains heading for the Llano Estacado. We had left my home at 8:00AM & reached our motel in Canyon, Texas at 8:30PM. 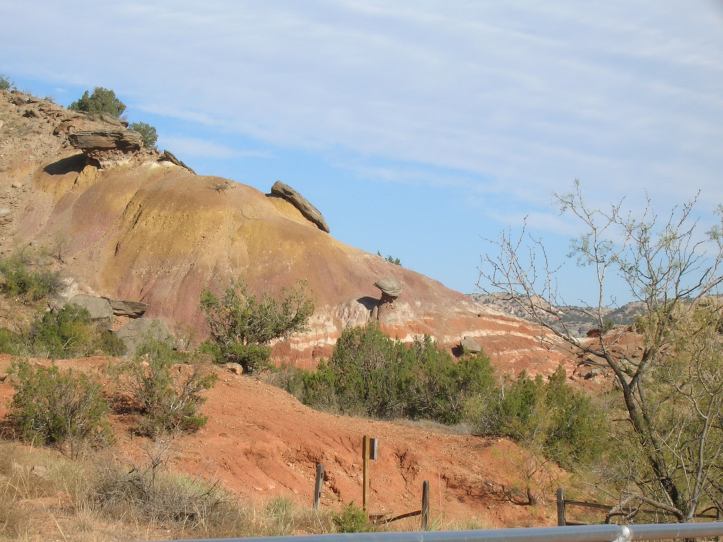 When you approach the canyon, you can’t tell that it is there. There are no mountains, just flat land. You have no idea there is a canyon there at all until you reach its rim. We arrived at the canyon at 9:00AM the following morning. It is only 12 miles west of Canyon, Texas. 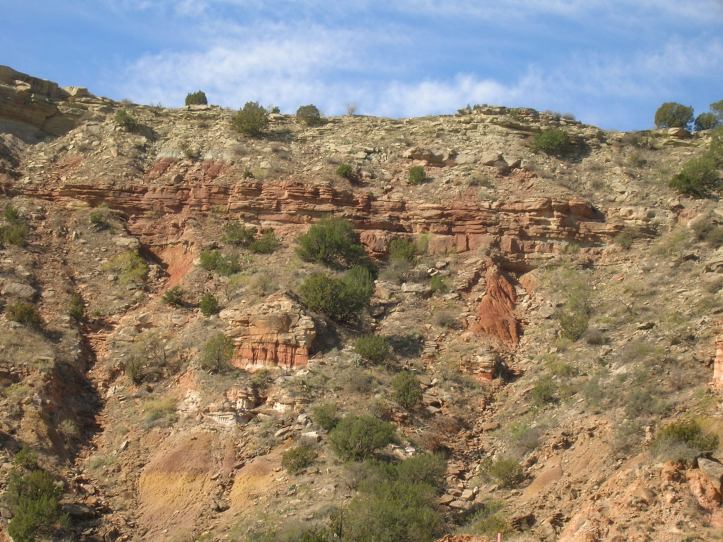 We learned at the visitor center that the canyon has been used by mankind for over 15,000 years. The center had Clovis points & mammoth bones. Mammoth bones? How does an ancient elephant climb down into a canyon? Evidently, they found a way. The canyon offers plenty of protection from the elements, has a good water supply, and lots of vegetation. During the day we were protected from high winds & a sandstorm that developed later in the afternoon on the plains above the canyon. 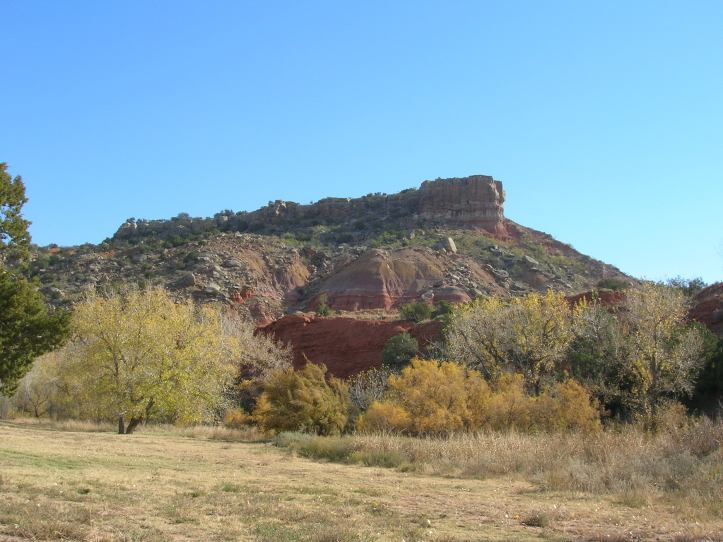 “…had a good supply of cottonwood, cedar, wild cherry, mesquite, and hackberry trees from which the Indians could obtain firewood, lodge poles, and arrows.” – Wallace, Ibid. 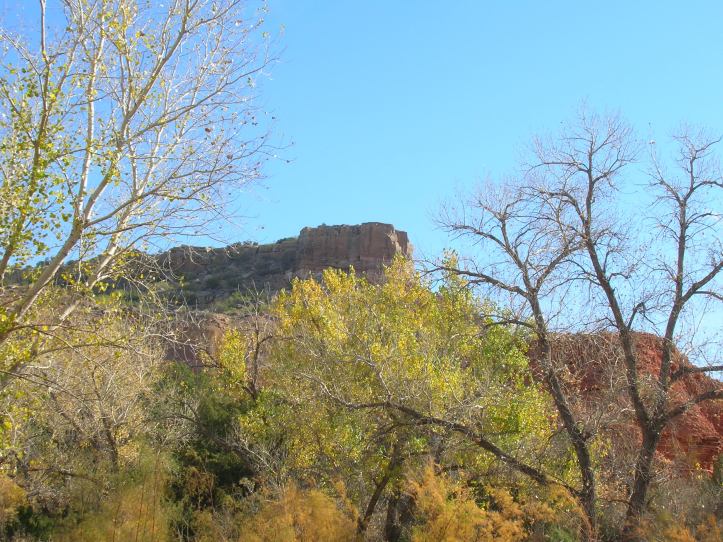 I was surprised by how heavily wooded & rugged the terrain was around the streams. It was hard to envision hundreds of Indians with a horse herd of over a thousand camping in the canyon. 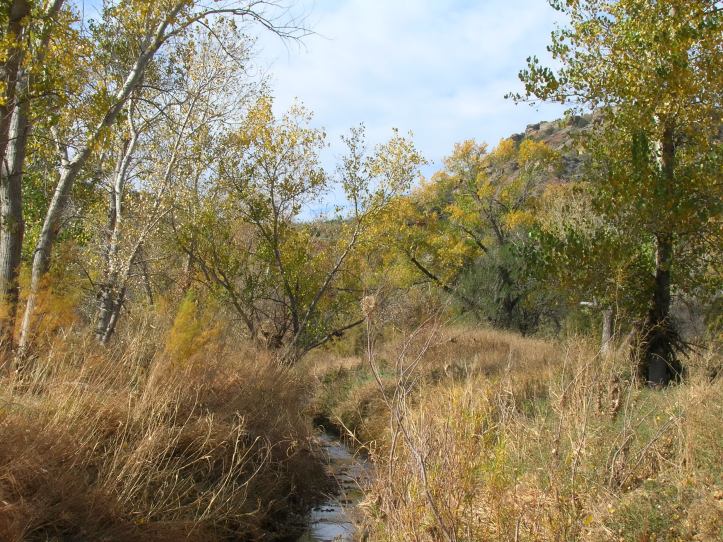 “At the bottom of the gorge meandered a stream of good water, fed by springs along the canyon walls. Extending for two or three miles along the banks of the stream stood an estimated two hundred tipis, roughly grouped into five villages, and hundreds of horses grazed nearby.” – Wallace, Ibid. 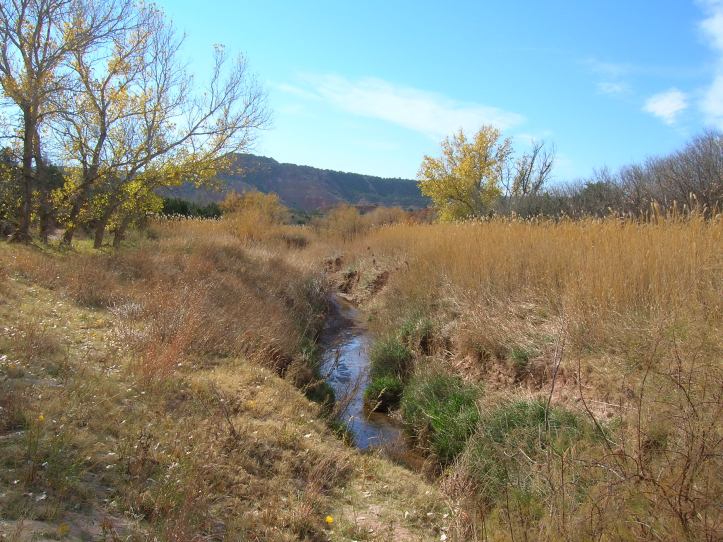 The streams in the canyon are the beginnings of the Prairie Dog Town Fork of the Red River which extends for 120 miles. In most places you could step across the streams. The grass along the streams was almost waist high in places & often knee high.

It was soon time for the highlight of the day. We were going to take a horseback tour. I had wanted to get a feel for what it was like for Mackenzie’s men to descend into the canyon & engage the Indians on horseback. We went to the Old West Stables operated in the park. Now, it has been nearly 40 years since I last sat on a horse. Horseback riding is like riding a bicycle, right? Well, it is and it isn’t. You don’t forget how to ride a horse, but your “citified” legs, hips, low back, & buttocks do. Once I climbed aboard the horse, I realized I had made a mistake as muscles that hadn’t been used in decades were stretched into long neglected positions.

The wrangler doesn’t give a lot of information on the trail, no interesting stories about the battle, or Goodnight’s ranching the area or even geological information about some of the formations. It is a pleasant eye opening ride of an hour and a half. You get a closer look at the terrain. You gasp a little when your horse loses its footing & stumbles a little. I would recommend the ride, but if it has been a while since you sat a horse, you should spend a week or so stretching before the ride. And to my surprise, my camera took perfect pictures even while being jostled on the back of a moving horse.

“How we got down into the Canon was, and always will be, to the few surviving members of the old 4th Cavalry, who participated in the Palo Duro fight, a great mystery.” – Capt. R.G. Carter, On the Border with Mackenzie, 1935

For most of the descent into the canyon, Mackenzie & his men led their horses on foot. Once they reached the canyon floor they mounted & charged. I can’t imagine galloping over this terrain, but they did. 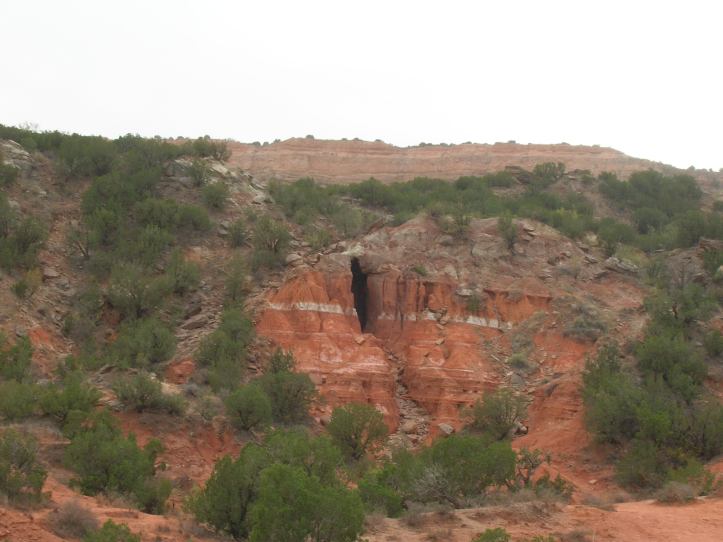 “While waiting mounted and calmly taking in the surroundings, the Indians, who had succeeded in safely placing themselves behind the immense breastwork of rocks some 800 or 1000 feet above us, opened fire upon us and in a very few minutes made it so hot and galling that we were forced to fall back….” – Carter, Ibid.

The park was full of happy people. I don’t think I saw a frown anywhere. It was a nice day. They were having a mountain bike marathon. There were plenty of campers and hikers exploring the trails. Unfortunately, after I got off of the horse, I had lost all enthusiasm to hike any of the trails. 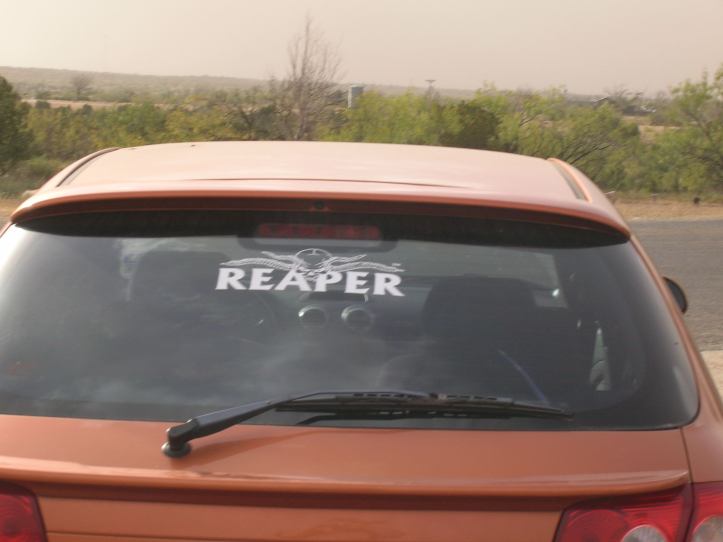 We climbed out of the canyon a little before 4:00PM into a raging sandstorm. The sky was brown & we could see rain in the south headed toward us. I snapped a picture of the sandstorm at the park entrance, which includes my little car with the Reaper Miniatures logo on the back window. The last picture I took was half a mile out from the canyon & you can’t tell there is a canyon anywhere near there.

The rain did catch up to us but all it did was muddy the windshield. We arrived at my home at 10:15PM in spite of having to dodge armadillos and deer on the road.

If you ever have the opportunity to visit Palo Duro Canyon, you won’t be disappointed.