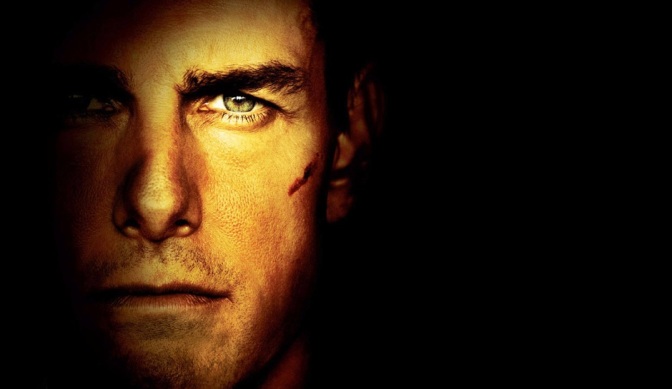 The part of day is middle of the night.  The Rep 6 star (this guy is a legend) is alone in a parking lot.  In this game the star has no grunts, he is a group of one, and he has no weapons.  A PEF, possible enemy force, enters the parking lot.  It triggers an in sight test, so the PEF must be resolved.  Rolling 2d6 on the PEF resolution table yields 2 passed dice versus the PEF Rep of 4.  The result is contact with the enemy and 1d6 rolled to determine how many there are.  The result is a 4, so there is one more enemy than your group.  In this case there are two enemy in a sedan.  The sedan stops and the two unarmed figures exit the car and move two inches to stand in front of it.

The star won the in sight test, but in this game, the gamer didn’t want it to be all about combat.  The star did a challenge instead, a “talk the talk” found in other Two Hour Wargames.  The challenge failed and the two enemy rush into melee.  The star wins the melee and the two NPCs are knocked to the ground and “Out of the Fight.”

The gamer sits down at his PC and writes an AAR, after action report:

“Two men got out of the car.  Despite the chill they were dressed in T-shirts, tight and white, above the kind of athletic pants sprinters peel off seconds before a race. Both men looked more than six feet and two hundred pounds….

“The guy from the passenger side tracked around the hood and formed up with the driver. The two of them stood there, side by side.  Both wore sneakers on their feet, big and white and shapeless….

“The guy from the passenger side said, ‘Are you Jack Reacher?’….

“After that it was easy enough to edge them around until they were facing the right direction, and then to use the flat of his boot sole to shove them toward their car, first one, and then the other.  They hit head on, pretty hard, and they went down flat.  They left shallow dents in the door panels….

“By that point, Reacher had been in Virginia less than three hours.”

I’m not saying Lee Child plays Chain Reaction.  It’s just that with the release of the trailer of the next Jack Reacher movie, I picked up the book.  I can’t put it down.  And as I read various chapters, game scenarios pop into my head.

The rhythm of the book moves fast like an experienced player who no longer has to look at the charts.  I hope you excuse this post.  If you haven’t read one of Lee Child’s Jack Reacher novels, pick one up.  I don’t think you’ll be disappointed.