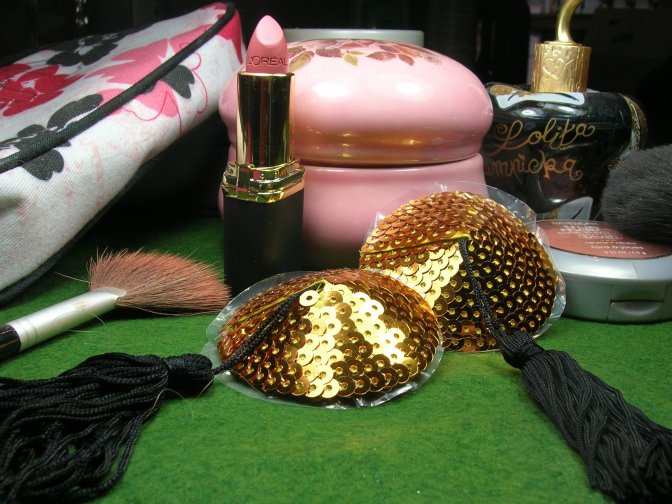 There isn’t anything new from the painting table today and I haven’t been able to do any gaming recently.  So this is a perfect opportunity to share some upcoming projects and changes to the blog.

First, I’ll start with conventions.  Last year was the last year of Texicon.  That means once again, the Dallas – Ft. Worth area is without a game convention where table top miniature games are played.  In view of this development, the Floozy has decided she will attempt to attend and possibly run a game at MilleniumCon in November.  MilleniumCon is held in Austin which is not far from Dallas, but driving from Dallas to Austin is some of the worse traffic in the state.

Second, current projects.  I have way too many projects, so I’ve selected four projects to finish by the end of the year.  I have some early 5150 supplements that I’ve never played.  They’ve been sitting on my bookshelf for nearly ten years.  The first project I want to finish is to play the Infestation scenarios.  I still have about twenty figures to paint before I can play the game.  It’s a doable project even as slow as I paint.

The second project is one that is a little different for me.  I’ve taken a plunge into 10mm figures for the Seven Years War.  I have the figures and have already finished 3 battalions of infantry.  I’m going to use the THW game Muskets and Shakos to play the small battle of Hoya.  I have a nice resin bridge, trees of the appropriate scale, card buildings that I can scale down to size, but I do need to build river terrain.  This is another project which I’m pretty sure I can complete by the end of the year. 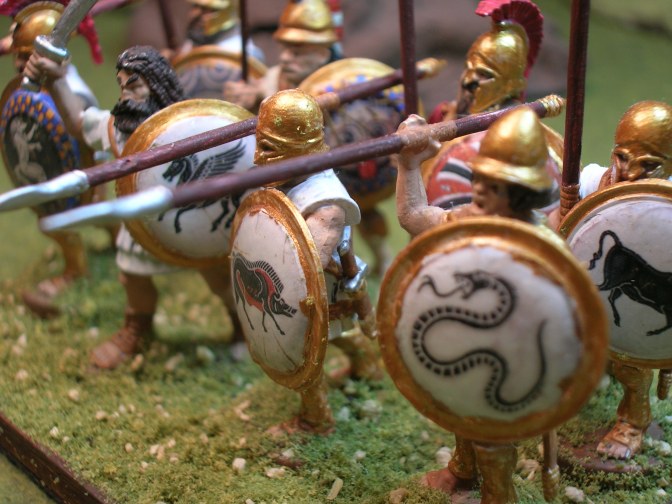 I love ancient history.  My third project I would like to finish by the end of the year is to do the first battle of Mantinea.  I still need to purchase a few figures and have several which I need to finish painting.  I think this would be a great convention game to introduce people to ancients and Rally Round the King.  This one will be a bit harder to finish in time for MilleniumCon.

The fourth project is a stretch goal.  Over the years I’ve collected, sold, gave away, received as gifts, and collected again several Games Workshop armies.  Well, they are all gathering dust, most have never been finished.  So for this year I’m going to paint up all of my Citadel, Marauder and Games Workshop Dwarfs and put them up for sale.

Now for dream projects – I only have a couple.  The first is my Amazons.  I want to redo my Amazon army to bring it more in line with historical accounts and the Greek myths.  That means more cavalry in Scythian costume and a make over of figures wearing Greek panoply.  The second dream project is ancient naval combat – triremes.  While I would like to collect miniatures, this is one period where I may have to settle for counters. 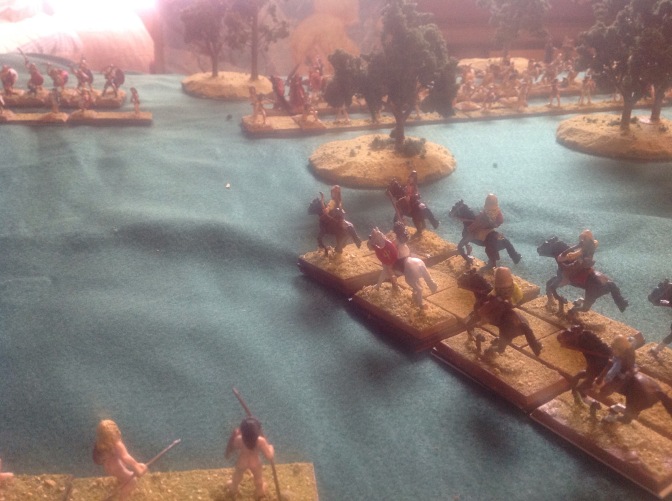 Enough talk about miniatures.  Let’s talk about the blog.  The floozy is retiring at the end of the year.  Well, retiring from a physically demanding job, there really are not many people my age doing sports massage and pain management body work.  To supplement my meager pension and social security, I either need to find a little part time job or monetize my blog (probably a combination of both).  I do not want to clutter the pages with ads.  What I am considering is the humble “donate” button at the end of the longer pieces – the short stories.  I know, I know, the donate button doesn’t generate the revenue of ads, but it’s a small start as I figure out what else I can do with the blog.  If you have any ideas, please feel free to share. 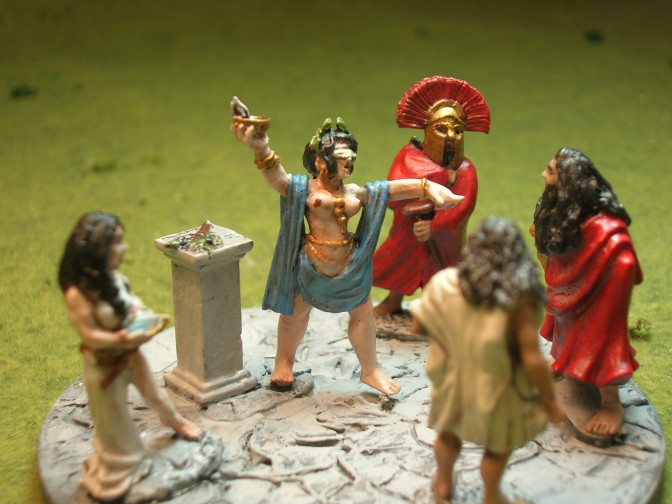